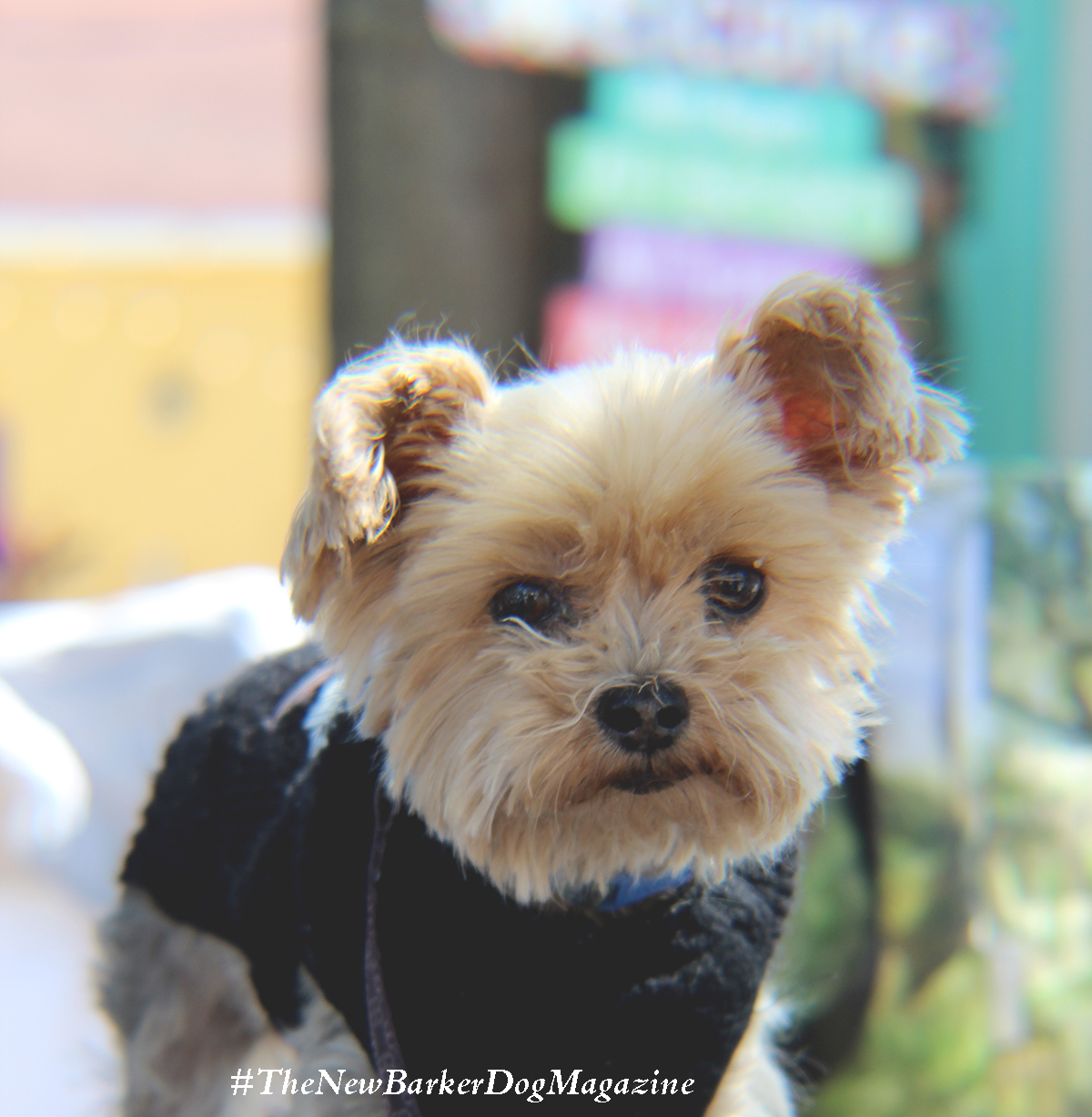 People tend to show a vulnerable side when they’re talking about their dogs. We met three people and their dogs during Gulfport’s Get Rescued event on Saturday, February 22, 2020, and listened to their stories.

Robin was riding around in her custom golf cart with her Silky Terrier when I met her during Gulfport’s Get Rescued. She named the cart Jezebel’s Ride, after her dog.

Robin’s computer was set up to alert her of small dogs awaiting their fate at kill shelters around Florida. She would make arrangements to have them pulled, transported and adopted. One morning, nine years ago, the window popped up on the computer screen with a picture of Jezebel. She was scheduled to be euthanized in two days for no apparent reason other than for space issues. Traveling a couple of hours from her home, Robin was determined she would adopt the dog. Sensing there could be trouble, she had cash in one pocket, and an extra bit of insurance in the other pocket.

When she showed the shelter employee the photo of the Silky, he simply replied the dog was not available for adoption. This was a high-kill shelter, he explained, and once a dog was scheduled to be euthanized, the file was closed. There was only one way out if a dog was owner-surrendered or found as a stray, and it was by way of the incinerator out back. Robin pulled out the wad of cash and placed it on the counter. The employee looked at the money, then back at Robin and said, “No, this dog is scheduled to be euthanized.”

Robin continued telling me her story from her golf cart, while Jezebel calmly took in the sites on Gulf Boulevard. “I was not leaving without the dog, and took my .38 out of my other pocket, gently placed it next to the cash on the counter and said to the man, ‘We can do this the easy way, or the hard way. It’s your call.’ I left with Jezebel shortly thereafter. She’s been my constant companion ever since.” ###

Gulfport, Florida artist Eagle Finegan said she had always had bigger dogs, as she handed me Tippy to hold. The tiny Yorkie looked up at me, licked my nose, then placed her head under my chin to snuggle. “She’s taken a liking to you. That’s the first time she’s stopped shaking all morning,” Eagle said.

While Tippy and I were bonding, Eagle continued to set up her art for the day’s event. “Tippy was a meth dog when she was confiscated,” Eagle said.

How does one not want to know more about a dog’s back story with a lead-in like that? It turns out, Tippy was part of a drug bust, somewhere in Mississippi. “The occupants were cooking meth all day and night. Tippy was the only dog the officers found alive in the house. Well, barely alive from inhaling meth. That, and she was full of worms,” said Eagle.

“I’ve always had two dogs – a younger dog and a senior dog,” Eagle went on. “When the older dog passed, I’d always adopt a younger dog.” This arrangement ensured Eagle always had at least one dog in her home at any given time. About eight years ago, when she was down to one dog, she let her veterinarian know that she was looking for a Belgian Malinois, should one become available. A few weeks later, Eagle’s veterinarian called and asked her to come to the clinic.

“He came around the corner and handed me this little dog. ‘What am I supposed to do with this?’ I asked him. Then, Tippy kissed me and that was it. I was in love.” ###

Cheryl Thacker is the volunteer secretary for the rescue group Florida Giant Dog Rescue. She was at Gulfport’s Get Rescued event with several big dogs, including Apollo, a beautiful 18-month-old Cane Corso. Apollo was recently surrendered to the rescue when his owner found out that his dog had a blockage, requiring expensive surgery the family could not afford. The surgery, depending on the complexity of the blockage, could cost anywhere from $900 to $3,000. Heartbroken, the owner reached out to Florida Giant Dog Rescue.

“We have the funds to take care of the surgery,” Cheryl told me. She also said that, somehow, they would eventually reunite Apollo with his family. That’s not something a rescue group normally does.

“Karma. How could we not? It’s just the right thing to do,” said Cheryl, while stroking Apollo. ###