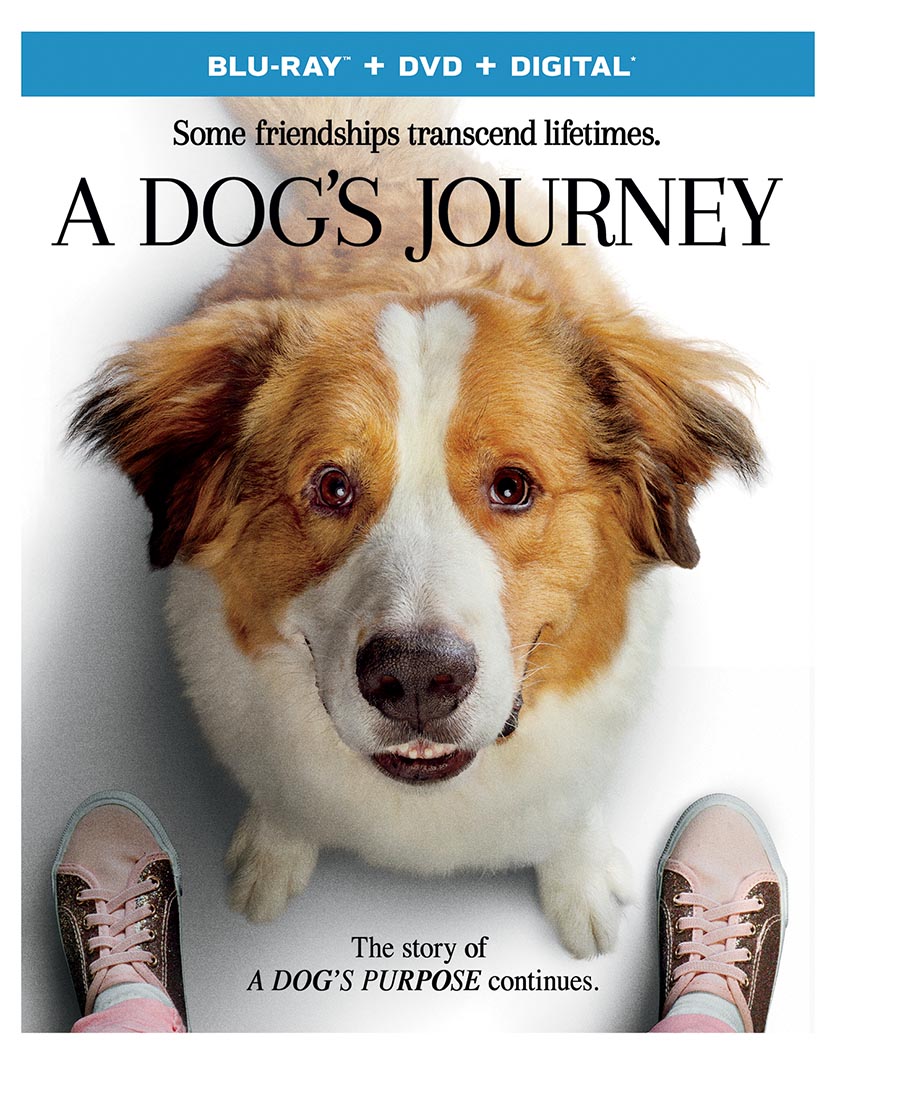 What’s the message people are conveying to Hollywood when the theatre-release film about a dog outscores the billed-as-blockbuster movies in one weekend? Earlier this year, when A Dog’s Journey, the sequel to A Dog’s Purpose, was released, audiences gave it a 95% Certified Fresh on Rotten Tomatoes. The movie was up against John Wick 3 and Avengers.Those are convincing numbers. Movie goers enjoy a good love story, especially one that involves dogs.

Centered on the premise that the soul of a dog continues to be reincarnated into subsequent dogs, the film picks up just a bit in the future of where A Dog’s Purpose left off. Bailey is now living in the body of a Great Pyrenees Bernese/Mountain Dog mix. Going into the film, especially if you’ve read the series of books by W. Bruce Cameron, you know the dog dies. Actually, it’s four dogs who die in A Dog’s Journey.  Knowing that, you prepare yourself, and of course, you still cry, as does the big strong guy watching the film with you.

The screenplay was co-written by Cameron with his wife Cathryn Michon, Maya Forbes and Wally Wolodarsky. The film will be released on BluRay and DVD August 20, and The New Barker will be giving away copies. Be sure to follow The New Barker on Facebook, Twitter, Pinterest, and Instagram.

After watching the film, I had the pleasure of interviewing W. Bruce Cameron by phone. His dog Tucker was in the room with him. Our dogs Rita, Dougie and Angel were in the office with me. The dogs must’ve known the importance of the phone call. They remained silently alert.

For a writer who’s seen several books hit the small and big screen, did you like the way A Dog’s Journey turned out on film? I loved the film. The director, Gail Mancuso, had the right heart. When Cathryn and I showed up on the set, Gail stopped shooting and ran over to show us pictures of her five dogs. I knew right then, we’d picked the right director for the job.

How much time did you spend on the set? We spent quite a bit of time – maybe four weeks. Then, they flew us out to New York City to do a cameo.

Wait, you did a cameo? How did I miss that? Yep, with Cathryn and Tucker, walking through Central Park. You’ll have to go back and watch the film. The performance is award-winning (laughing).

The first two films in the series, A Dog’s Purpose and A Dog’s Way Home, were both surrounded in controversy. Did that have an affect at all in writing A Dog’s Journey? No impact whatsoever. I cannot allow myself to be distracted by these things when writing. We live in an age where there is always going to be controversy. I must stay focused on what’s in front of me. Writing this series of books has been rewarding for me spiritually. It’s easy for me to feel good about that.

What was the one scene in the film that took your breath away? Ahh, that has less to do with dogs and more to do with people. It’s when CJ and Trent show up at the farm, after many years. It dawns on Hannah and Ethan who these two people are, standing on their porch. I’m always drawn to the theme of reunion and redemption. It’s about finding our way back to where we belong. That moment in the film is so poignant to me because it’s taken CJ a lifetime to see her grandmother. I return to the scene over and over in my mind. You can go home again.

Describe what it was like to watch the film, for the first time with an audience. I had seen the film many times before it was released. So, when I was in a theater for the first time with an audience, I spent time watching the audience more than the film. I was obsessing on how other people reacted to different scenes. I know people are going to read the book. But, when I can participate in the making of a movie, then watch a whole family react the same way at the same moment to the same scene, well that has a big impact on me. It’s an amazing experience as a writer.

As a writer, you’ve described yourself  as being “a bystander to the magnificent dance. We record our witness.” What have you witnessed, over your lifetime, that inspired Bailey’s story to continue in A Dog’s Journey? When I wrote A Dog’s Purpose, I heard from so many people who told me the story gave them hope. It gave them a reason to adopt another dog. My message for the series is about moving on, and that finding the same kind of love you had, comes from having a dog in your life. There’s a continuum to a dog’s love. When we say the final goodbye, it’s important to know that the dog is most concerned with what you’re feeling at that moment. The dog wants to know that you’ll be taken care of, that you will be able to move on, and hopes to encourage you to find another dog to love and be loved.

Your next book, A Dog’s Promise, will be released this October. Are you able to say how you’ve kept the continuation of Bailey’s story fresh without revealing too much about the new book? In A Dog’s Journey, we say goodbye and watch Bailey crossing the Rainbow Bridge to meet Ethan. It occurred to me, right then, that there might be an important mission for Bailey: A boy with special needs and a family that has been torn apart. I had the idea that Bailey would return as an angel dog.

Growing up and throughout your adult life, have you had a heart dog? I will always have a dog in my life, and whatever dog I have with me, at that moment, will be my special dog. Right now, that dog is Tucker, and this is definitely his first trip with me (laughing). I have to say, though, that the first dog I ever had was as a boy. Cammie, a black Lab, was the one who had the most impact on me. Growing up with a dog, for me, meant that we influenced each other’s lives. That’s something that can never be duplicated. We’d lost Cammie after I’d gone off to college.

Over the years, I have met certain dogs, other people’s dogs, that I’ve felt some connection to, and it’s those moments, when I’ve looked into a dog’s eyes and asked, “Are you Cammie?”