In 2014, Orange County Animal Services in Florida took all breed information off their kennels. Not only did adoptions of dogs that would have been labeled pit bulls go up, but adoptions for all breeds improved. 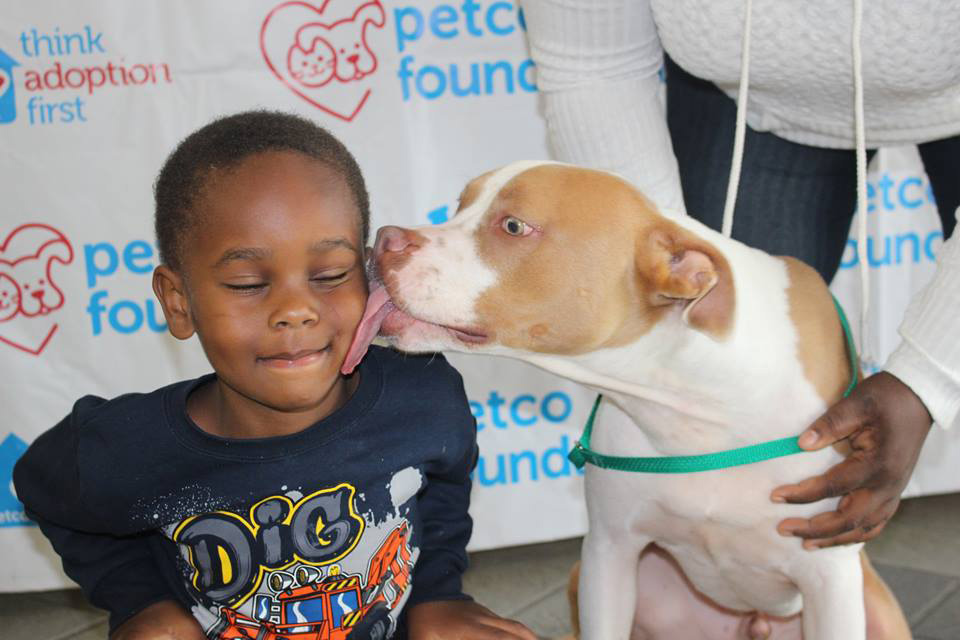 This reprinted article (from June 2017) is part of Future Tense, a partnership between Slate, New America, and Arizona State University.

Boris and Brendan could be twins. Both are on the short side, with brown hair and small gleaming eyes set into broad heads. Both wagged their tails excitedly when someone came to their kennel and yapped sadly when that person walked away.

Yet the fates of these two dogs, both up for adoption at an open-admission shelter in Florida, were very different.

Boris found a new home in just a week. Brendan stayed two months before someone took him in. He would almost certainly have been euthanized—as nearly a million dogs are each year in the United States—had the shelter not adopted a “no-kill” policy shortly before his arrival.

So what was it about Boris and Brendan that led to such different outcomes?

It was all in the labeling. Boris had been marked as a “Labrador/German short-haired pointer cross,” Brendan a “pit bull.”

The distinctions between dog breeds might sound as solid as car marques and model numbers, but the latest behavioral research indicates they don’t tell us much that’s useful about dogs. With man’s best friend, just as for his master and mistress, stereotypes based on perceived heritage are often misguided or just plain wrong.

For one thing, “pit bull” isn’t even a recognized breed—it’s just a grab bag of small, squat, wide-faced canines that got a bad reputation in the 1980s when they became the young male urban underclass’s preferred projection of strength. A study that thoroughly investigated all fatal dog attacks in the United States over the 2000s showed that many other factors were more important than breed in determining when things went bad. Factors such as whether the dog was male or female, sterilized or not, and evidence dogs had been abused or neglected all played a bigger role than the dog’s (often inaccurately reported) breed identity.

For another, character, in dogs as in people, is a complex mix of genetic and environmental influences. Just as jumping to conclusions about people because of their ethnic background has many negative consequences for all concerned, breed stereotypes have led to pit bulls being overrepresented in many American animal shelters. In fact, some shelters won’t even put a dog up for adoption if it is believed to be a pit bull.

People looking for new canine companions often ask, “What kind of dog is that?” This question makes shelters feel compelled to answer with the name of a breed—even when the vast majority of their dogs don’t come with papers or printouts from genetic testing. The breed labels that potential adopters see on the cards hanging on a dog’s kennel, and on which so much of a dog’s fate depends, are just guesses based on the dog’s appearance. Since there are more than 200 known breeds, which can be combined in up to 55 trillion different ways, we shouldn’t be surprised that these guesses are usually wrong. Shelter dogs have far more complex breed heritages than we could have ever imagined.

Arizona State University Canine Science Collaboratory tested the reliability of shelters’ breed assignments using DNA analysis to uncover the heritage of nearly 1,000 dogs at two shelters in the western United States. Of the dogs tested, only 12 percent were purebreds or a straight mix of two breeds. Small wonder, then, that staff only correctly identified all the breeds in a dog’s makeup in just a 10th of their animals. Most of those were the handful of purebreds in their care.

Presumably people ask for breed information because they think it will tell them something about the character of the dog they plan to adopt. However, the evidence for personality differences between breeds of dogs is surprisingly weak. Two studies, each involving over 13,000 dogs, found that the personality differences within each breed were as large or even larger than the character differences between breeds. And the available data don’t back up long-held expectations of the behavior of different dog breeds. English springer spaniels, for example, which the American Kennel Club describes as “friendly” and “eager to please” consistently show up in studies as at an elevated risk of owner-directed aggression.

And if the dog isn’t a purebred, all bets are off. Mixing genes isn’t like mixing paints. A dash of border collie with a helping of Labrador doesn’t automatically produce a dog that likes to swim and herd sheep.

Yet despite all that is misguided about jumping to conclusions based on (usually inaccurate) breed identification, we found that these labels influence people more strongly than the behavior of the dog in front of them. It’s not just Boris and Brendan. We set up a study in which we showed 51 people visiting a shelter brief videos of dogs reacting to a stranger walking up to their kennels. One set of recordings showed dogs that the shelter had designated as pit bulls. The other showed dogs we thought looked very similar that had been given other breed designations by shelter staff. We called these dogs “look-alikes.” All our participants had to do was sit at a computer and watch the videos one after the other, answering a range of questions to gauge their interest in adopting each dog.

When we hid the breed labels from viewers, people actually told us they thought the dogs that had been originally identified as pit bulls were more attractive than the look-alikes. However, if we put the labels back on, the pit bulls’ popularity plummeted. This backs up the findings from a study carried out by researchers at the University of Louisville. They tracked nearly 10,000 dogs entering a large municipal shelter in Kentucky over a two-year period and found that fully three-quarters of all pit bulls were euthanized.

So how do we prevent these unhelpful biases from affecting the dogs that don’t deserve them? In 2014, Orange County Animal Services in Florida tried a brave experiment. It took all breed information off their kennels. Not only did adoptions of dogs that would have been labeled pit bulls go up a massive 75 percent, but adoptions for all breeds improved. Overall, the county found homes for 30 percent more of their dogs. This isn’t a little bijou shelter either—it’s a major animal control operation that takes in every unwanted animal in the greater Orlando area, to the tune of 8,000 dogs per year. And it’s sustained that improvement in adoption rates for over two years now.

Orange County offers a model for other shelters for getting rid of unhelpful identifiers. Just like their owners, most shelter dogs are rich mixtures of genetic influences, and just like us, their personalities are not dictated by the race of their ancestors. So it makes more sense to treat finding a canine life partner more like finding a human companion. See past labels and seek real compatibility, go out on a couple of dates, try a weekend sleepover. Let’s not fret over finding “golden retrievers” or “pit bulls.” Let’s talk about “beer buddies,” “fitness fanatics,” and “canines to curl up on the couch with.” Dogs that fit these job descriptions can be found in just about any breed or mix.

Behavioral science cannot solve pet overpopulation or save every mutt that ends up at a shelter, but we believe it can guide people toward smarter choices. Like the members of the species that cares for them, dogs deserve to be known as individuals. Get out to your local shelter, see past the labels, and start a beautiful friendship.