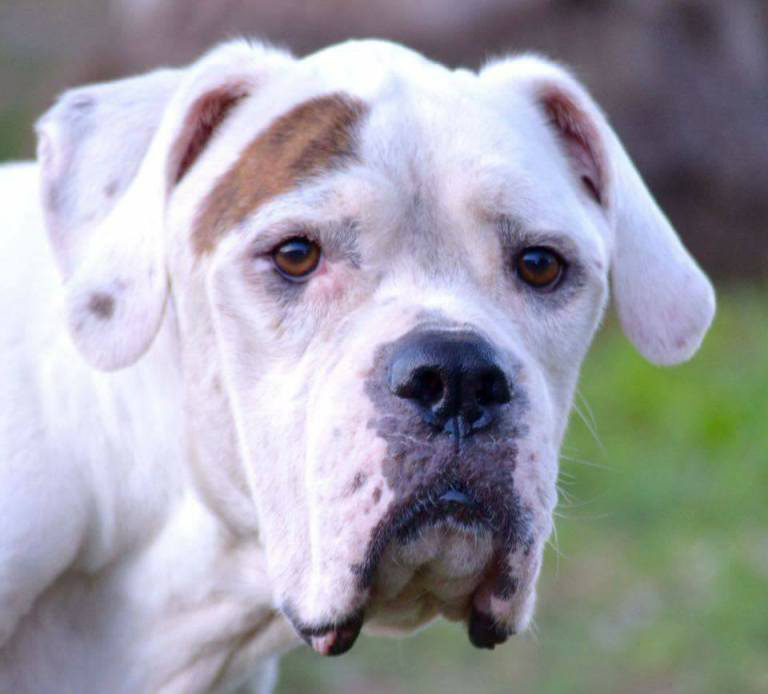 The holidays may be over, but the spirit of the season of giving and hope lives on in this dog story.

Miami-Dade Animal Services (MDAS) is a loud place, often crowded with more dogs than space. Macho was one of the lucky ones. On December 12, volunteers from a West Palm Beach rescue group, Feeling Fine Canine and Equine Rescue, pulled Macho. He was emaciated, very weak and looked as if he had lost his will to live.

He was immediately taken to Gardens Animal Hospital for tests. Along with a diagnosis of pancreatitis, high levels of calcium in his blood indicated Macho had cancer. Tracey Godin, founder and operator of Feeling Fine Canine and Equine Rescue, said that Macho was able to spend Christmas with her family. Caela, Godin’s daughter, hand-fed Macho and slept on the floor with him. Macho must have known he was loved. Just 18 days after he was pulled from MDAS, Macho peacefully passed away.

The following day, Godin’s mother was scheduled for surgery that would require her to be under anesthesia for four hours. Prior to her mom’s surgery, Godin said a prayer, asking everyone she knew in Heaven to keep her mother safe.

“After surgery, my mom told my aunt that she spoke to my father, who had passed away last February,” said Godin. “In the hospital room, I said to mom, ‘so I hear dad visited you?’ And mom answered, ‘Dad has Macho…’ She repeated it several times. The crazy thing is, mom had only met Macho one time for about 10 minutes.”

Do dogs go to Heaven? In the 18 days Macho was with Godin and her family, he managed to touch the hearts of many. Why, out of all the dogs at MDAS, was Macho pulled by this rescue group? Some people believe there are no coincidences in life. There seems to be a guardian angel watching over a family who gave their hearts to him for a short period of time. Peace, Macho.